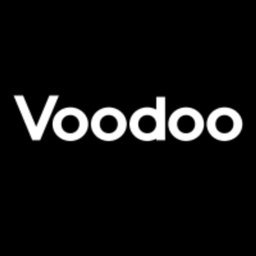 Voodoo is a tech company that creates mobile games and apps. With 6 billion downloads and over 300 million monthly active users, Voodoo is the #2 mobile publisher worldwide in terms of downloads after

Apply for a job
×

Apply for a job

To apply for this job please use this link es.indeed.com.

Voodoo is a tech company that creates mobile games and apps. With 6 billion downloads and over 300 million monthly active users, Voodoo is the #2 mobile publisher worldwide in terms of downloads after Google.

The company is one of the most impressive examples of hypergrowth in the ecosystem, having raised over $1B and backed by Goldman Sachs, Tencent, and GBL. Deciding to expand its portfolio of products further, Voodoo has more recently announced that it will invest $200M in blockchain gaming studios, to lead the transformation of mobile gaming.
Voodoo is now a team of over 700 employees worldwide, we’re looking for talented individuals from across the globe to come and entertain the world with us.

Voodoo’s Gaming business unit is made up of hyper-casual, hybrid-casual, casual, mid-core and blockchain experts. Our ‘Core’ games team supports internal and external studios worldwide in creating, developing and launching new hit games, whilst our ‘Live’ games team focuses on delivering higher engagement on our existing and successful games.

You will have the opportunity to be one of the first members of the first studio established with Voodoo’s full support in Madrid, and join the newly created small, passionate team focusing on creating and testing new hyper casual games prototypes. On day zero, we aim to create a team with two wonderfully talented developers and an artist and enable them to start prototyping right away to find the next big hit. When joining the Studio and Voodoo, you will have a strong impact on the business and a unique opportunity to reach hundreds of millions of users. You will frequently engage with stakeholders from Voodoo’s ecosystem and become part of a “best-in-class” international team who are committed to contributing to the success of the studio. You will take an innovative approach to gameplay ideas and features and give them your own spin. This is a high-ownership function in an agile studio where decisions are made collaboratively in a flat management structure.

With this role, you will have a strong impact on the company by contributing daily to important decisions with a multidisciplinary team of passionate people that constantly seek success. Flesh out the details of a game’s design, oversee its testing, and revise the game in response to player feedback. With your creativity and your teamwork, we will create the next hit game and entertain millions of people.

Apply for a job

To apply for this job please use this link es.indeed.com.